Trying Out The New Xbox 360 Experience 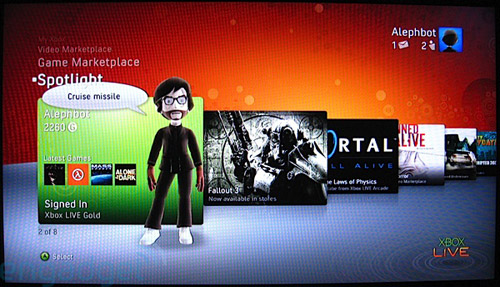 I hope you’ve been preparing for the new Xbox experience because it’s going to change the way you play your 360. No doubt you’ve heard that Microsoft has completely revamped the dashboard, bringing with it a new design and avatars that give core players the casual feel of the Wii. Is this a good thing? It sure is according to Engadget.

Joshua Topolsky of Engadget wrote up a positive preview of the new Xbox experience which will soon be your new dashboard. In the preview, he comments on the likeness between the Xbox 360’s marketplace and iTunes. Additionally, he mentions the Netflix feature which allows you to shuffle through movies in your queue. I’m thrilled about the new Xbox experience, I just hope my 360 doesn’t turn into a Wii. Look for the update to hit your system come November 19th.