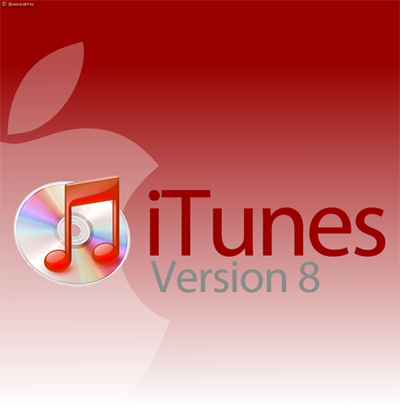 Everyone is going crazy over this new Genius feature. Even Kevin Rose of Digg is getting wet just thinking about making playlists related to his favorite artist, Jack Johnson.  Well, the wait is over, iTunes 8 is out. Hit the jump to take a peek at the highlighted features. 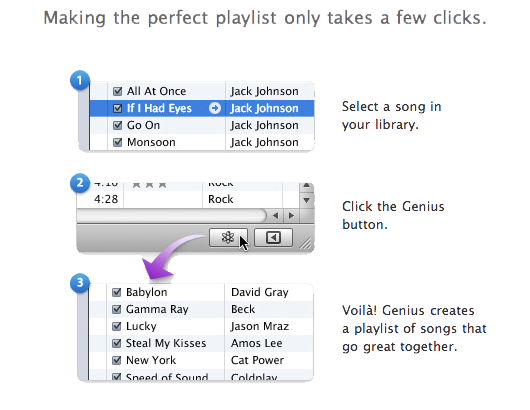 Gadgets that sync with the latest iTunes, such as the iPod Nano, will be capable of utilizing the Genius feature.  The Genius sidebar will even make suggestions from the iTunes store based on the songs a users selects. It’s a great idea that could help broaden many peoples’ musical tastes.

iTunes 8 has a new visual browsing interface which displays music and video libraries using album and video covers making it easier than ever to find the right album you’re looking for to put you in the mood.

To top it all off, the iTunes store is allowing users to watch their favorite shows from ABC, NBC and Showtime in HD for just $2.99 per episode.

It’s available for download at the link provided. Get on it.