Prepare For The New Xbox Experience 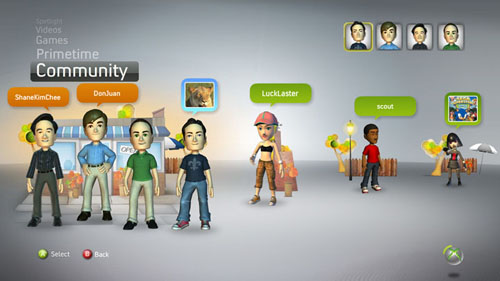 Microsoft has announced its New Xbox Experience will launch November 19, bringing a fresh look to the Xbox 360 Dashboard that integrates social features and customizable gamer avatars reminiscent of the Nintendo Wii’s Mii. In order to compete with the upcoming PlayStation Home, Microsoft is adding a slew of avatars, social networking features and more media to the Xbox 360.

The most anticipated feature is the “Personality plus,” which allows players to create a customized, animated avatar that represents themselves and their personality in a selection of Xbox Live features, including the new Live Party. Live Party is a feature that allows players to create an eight-person avatar party using their Xbox 360 consoles for the purpose of chatting, playing games and sharing photos. Sounds cool, but what is Microsoft doing about all the people who’ve spent money on gamer pictures? I heard once the change is made to the dashboard, the gamer pictures will no longer be usable. Bummer. So long as Microsoft offers a Terry Bogard hat for my new avatar, I’ll be satisfied.