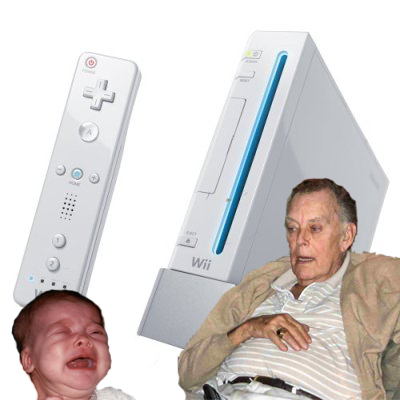 A lot of you are under the impression that the consoles I selected for my 10 Worst Gaming Consoles of All Time post were chosen for the fact that I simply don’t like them. You couldn’t be further from the truth with that assumption. The Nokia N-Gage being a portable console and my half-assed rant aside, I believe that in my inebriated state (I had just arrived in New York after traveling all day,) I failed to really give you my true opinion of the Nintendo Wii. You fanboys deserve better.

First and foremost, I want to take the time to thank the guys and gals over at Boing Boing for their constructive (albeit humorous) criticism of the list. It beats reading about another DRM piece!

I stated that the Wii was nothing more than a GameCube with a Power Glove-esque controller and after looking at the hardware, I’m not retracting my statement. However, I strongly feel the Wii is a great product for bringing gaming back to those who are tired of the same thing every other company is doing. But, to say that this technology is innovative is — well, you might as well be spewing shit. There is nothing novel about the interactive approach the Wii has taken.

Unless you’re a child or an old fart, the demographic that doesn’t have a clue about gaming, then this system isn’t for you. If you’re a hardcore gamer, what game could you possibly want to sit in front of playing for all hours of the night? Wait, let me guess: Super Smash Bros. Brawl? Most gamers immediately reach for the GameCube controller collecting dust on the floor, leaving the most unlucky of the bunch to settle for the Wiimote and Nunchuk. 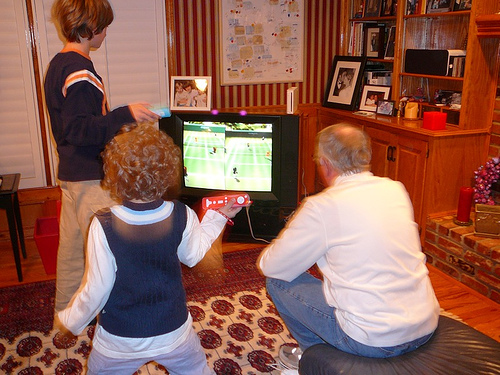 The Wiimote is fantastic for classic gaming on the Virtual Console, but playing games that were released on all three of the next-gen systems is such a chore for Wii-gamers. What it really comes down to is: do you really want to wave a wand in front of your TV to play a FPS? Do you really want to throw air punches until you break a vase or pass out from dehydration during a fighting game? It seems to me that the Wii is better suited as gym and physical rehabilitation equipment rather than a gaming console and even that’s a bit of a joke. Wii Fit? Go outside and run for thirty minutes. Obesity problem solved.

Unless you’re having Grandpa over for dinner or your sister just popped out a new-born kid, I see no reason to buy this system. Entertaining guests at your house party? Try beer pong.