Mother 3 English Patch Available At The End Of The Week 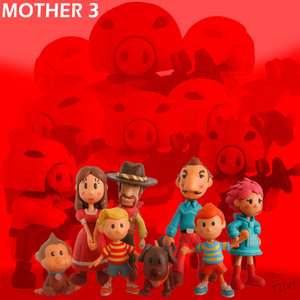 Nintendo screwed over a lot of Earthbound fans by not releasing its sequel, Mother 3, in the states. Despite all the persistence the Earthbound community has demonstrated by forming petitions and massively spamming Nintendo Of America‘s mail room, the folks at Nintendo feel that translating Mother 3 into English will not yield much profit in the states.

So, a crew of ragtag die-hard Earthbound fans have taken upon themselves to translate it into English for all of us English-speaking gamers who can’t read a lick of Japanese. I, myself am a huge Earthbound fan and have been holding off playing Mother 3 until I could actually understand what was going on. If you’re as excited as I am, download a GBA emulator and a Mother 3 ROM. At the end of the week, a patch will be available that’ll translate the ROM for you. Finally.