CONFIRMED — Steve Jobs Passes Away at 56 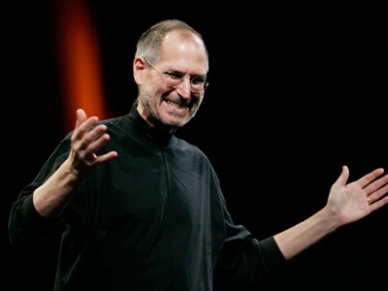 After the CBS News tweet from “What’s Trending” mistakenly announced the death of Steve Jobs last month, the internet went ballistic. Rumors were started, tributes were set up, and Twitter went completely crazy. However, CBS later retracted the tweet, calling it a mistake. The internet let out a collective sigh of relief, and had a good laugh about the supposed “juvenile employee” who had mistakenly reported that Steve Jobs had died.

Well, no one’s laughing now. Apple confirmed that today, October 5th of 2011, Steve Jobs has passed away at the age of 56.

The legacy left behind by Steve Jobs can’t be ignored, even if you’re not a fan of Apple. For the past forty years of his life, Jobs has continued to innovate, create and revolutionize the tech industry.

Steve’s brilliance, passion and energy were the source of countless innovations that enrich and improve all of our lives. The world is immeasurably better because of Steve.” — Statement from Apple

Since Steve announced his retirement as Apple’s CEO about two months ago, there has been widespread speculation about his failing health. Rest in peace, Steve. You definitely left the world better and more interesting than when you found it.