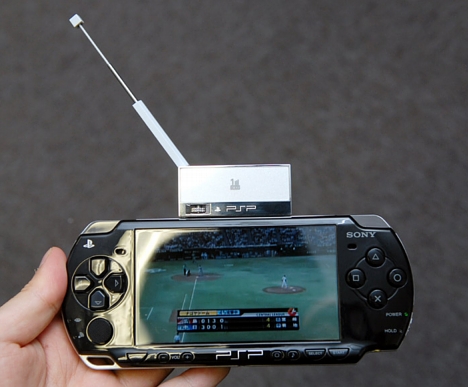 It came with no surprise when Sony announced the availability of the updated PSP (PSP-P2000) which shed 4mm of thickness and 91g of weight off the original model. The company also announced a DMB tuner module at the same time, and we’re dying to see how it works with the the new TV-out capability.

First off the PSP-S310 DMB ONe-Seg tuner is built only for the newer P2000 PSP, it will only work in Japan (with their One-Seg service) and the older, thicker P1000 PSP will not be supported. Sony even went as far as saying that there’s no “plan” to update the old PSP to make them compatible. Electronic Program Guide and Subtitles are supported, but there is no way to record programs onto the memorystick, unlike many many phones out in Japan. 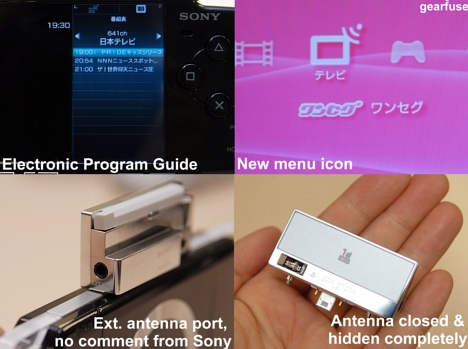 In terms of actual performance, reception is good and you don’t need to pull out the antenna if your area has good coverage. Jumping channel only takes 1-2 seconds, which is very reasonable on a DMB device. Full screen playback is supported and the testing team said that the playback quality was good. 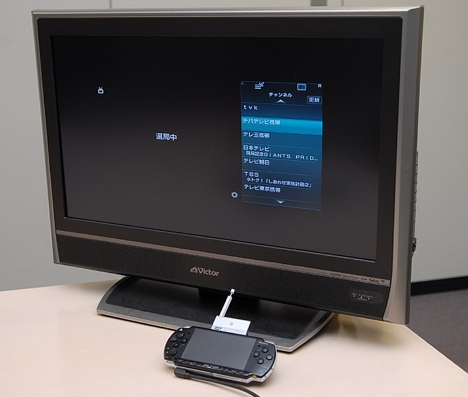 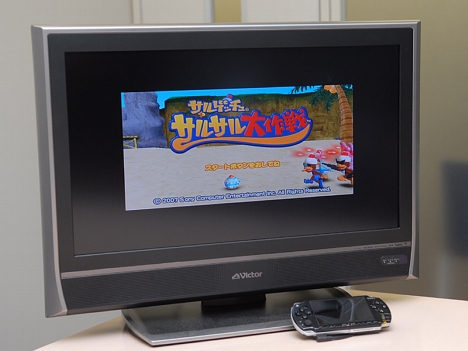 Although the DMB tuner will be very unlikely to be released outside Japan, the new TV-out should attract some attention. It might also give people one more reason to buy UMD over DVD movies. Now the next thing Sony should work on would be better integration with the PS3, I guess we’ll have to wait and see. —Sam Chan