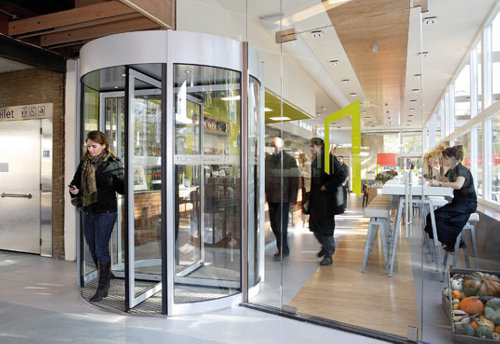 At Gearfuse, we’re all about world firsts. World’s first person to not shit after drinking a gallon of prune juice or world’s first ninja dog are the kinds of world firsts we’re used to seeing. How about the world’s first energy generating revolving door?

That’s the idea behind this revolving door built by Boon Edam. It harvests the kinetic energy of a crowd of people passing through a door. This simple action is expected to generate around 4600 KWH of energy each year, which is plenty of energy considering the source. Stick one of these doors in a Walmart during the Christmas season and you’ll generate enough energy to power the entire city of Los Angeles.