No $99 iPhone For Walmart 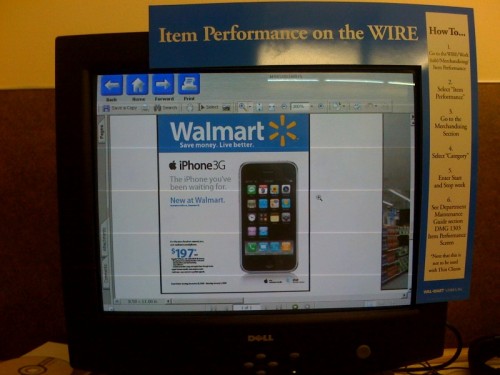 Last week, I briefly discussed a rumor floating around that Walmart would offer a special 4GB version of the iPhone for $99. It seemed like bullshit then and it appears that it still is nothing more than a load of crap. Now Macrumors has received an image of a Walmart training document that shows the iPhone 3G for $197. Yes. You will save a whopping $2 by buying the phone at Walmart. I’m assuming Walmart is just taking a $2 loss on each phone in order to appear more competitive.

On top of it all, Bloomberg has confirmed that the iPhone will be coming to Walmart this month. Apple will no doubt sell more iPhones thanks to this deal it brokered but a $99 iPhone would have created pure madness that would have made Black Friday look childish.