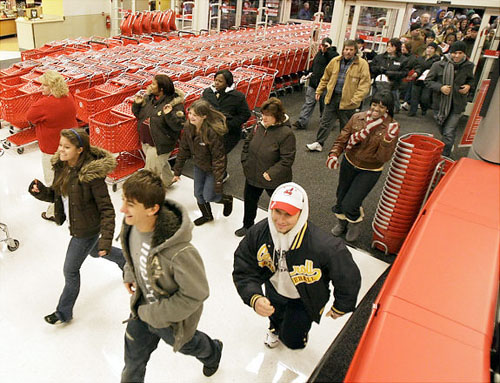 Black Friday is upon us and already the insane deals out there are making people act crazy. A worker at a Walmart in Long Island, NY was trampled to death after hundreds of people smashed through the entrance. A woman also miscarried after getting caught up in the ensuing rage. Says Walmart employee Jimmy Overby:

“He was bum-rushed by 200 people,” said Jimmy Overby, 43, a co-worker. “They took the doors off the hinges. He was trampled and killed in front of me. They took me down too…I literally had to fight people off my back.”

Jesus Christ. This is why I don’t do Black Friday and pony up the extra ten bucks for a video game.