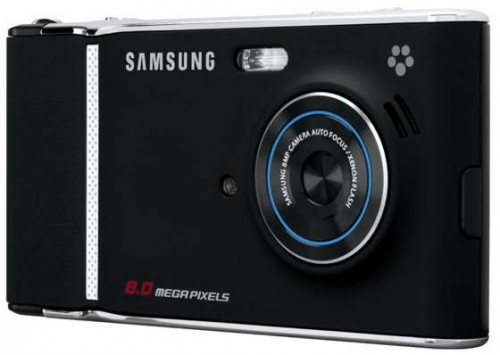 Ah, yes. The Samsung Memoir from T-Mobile. It was to lead the charge of the next-generation of cellphones. After all, it has a touchscreen, 3G speeds, an 8-megapixel camera and a variety of other features built-in so it must be good, right?

The Samsung Memoir, on paper, appears to the hottest phone to hit the market since Apple’s baby boy, the iPhone. Let’s review the features, shall we?

The Memoir, available exclusively from T-Mobile, is designed to look and feel like a customer’s current point-and-shoot digital camera. The built-in 8-megapixel camera with Xenon flash, 16x digital zoom and five shooting modes empower customers to capture exceptional photos and videos from their phone — whether they’re on the go, on a vacation or just hanging out around the house.

“With the 8-megapixel Samsung Memoir, T-Mobile customers can capture and share little slices of life in all their vibrant brilliance,” said Denny Marie Post, chief marketing officer, T-Mobile USA. “With the ability to share photos at your fingertips, the Memoir helps make those connections more meaningful by their immediacy.”

The Memoir’s full-touch virtual QWERTY keypad and multiple messaging capabilities, including text, multimedia messaging, instant messaging and e-mail, make staying connected quick and easy while on the go. The Memoir is complete with a music and video player and built-in Assisted GPS navigation, which allows customers to utilize location-based services including turn-by-turn directions. For hands-free use, the Memoir features stereo Bluetooth® technology, speakerphone and voice-activated dialing.

“This is the camera phone that will make people want to leave their digital camera at home,” said Bill Ogle, Chief Marketing Officer for Samsung Mobile. “When you combine the Memoir’s imaging capabilities, customizable menus and music player, not only is it a great phone, but the entertainment possibilities are unlimited.”

OK, so in short, we have a 3G phone with assisted GPS, Bluetooth and the touchscreen and camera. There shouldn’t be an issue here. This phone should be the next best thing since Jesus Christ.

The Memoir is a bold effort from both T-Mobile and Samsung. But with a phone so feature-rich, problems are bound to arise. As a phone, the Memoir works just fine. Good call quality and no issues with T-Mobile’s network. Next, we have an 8-megapixel camera. In daylight or decently-lit areas, it takes great pictures. No, really. There are some good pictures to be had with this phone. Just look at this one below: 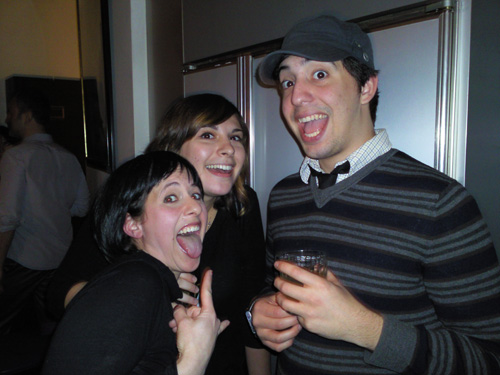 See? Not too shabby, eh? And to boot, that’s after I resized it down from a whopping full 8-megapixels. Too bad it takes a good five to six seconds to take a picture due to the HORRIBLE interface the Memoir uses. The touchscreen itself is similar to the Blackberry Storm, as in it rumbles as you touch it to emulate the feel of a real button, which is sorely missed on this phone. Text input isn’t too bad; but it’s slow. Really slow. So slow that I could make you a turkey sandwich in the time it takes for the camera application to load. And uploading to Flickr? I didn’t bother. It simply took too damn long to get through the thousands of horribly laid out menus. However, uploading via Bluetooth is fast and very easy, so that’s good to know.

Also, the Memoir has a flash and while it works OK, don’t expect to be taking beautiful snapshots at night. It’s a shame. 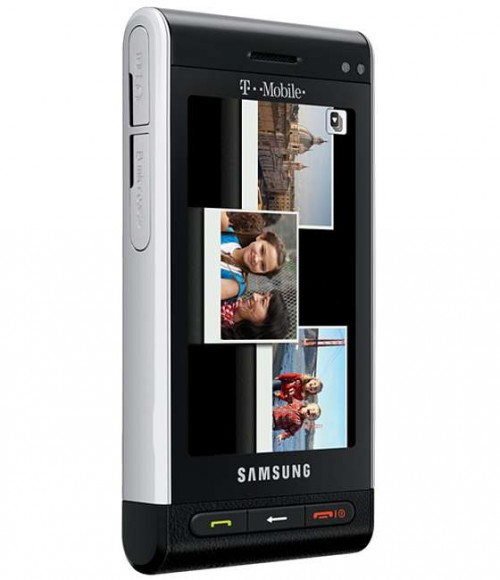 So at $250 after rebates and such, should you buy the Memoir? Absolutely not. It won’t replace your digital camera at home and while the 3G speeds and 8-megapixel camera are tempting, you should really just ignore the device. Eventually, Samsung will get it right and they’ll call it the Memoir HD or something but until that day, keep your wallet at home.