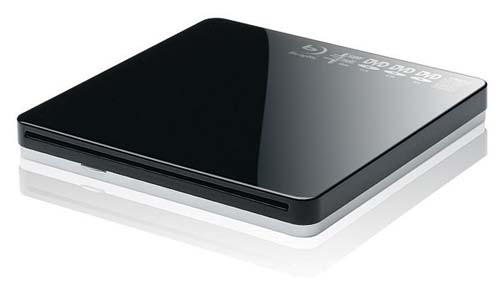 Are you still looking for a Blu-ray player? Vince already told you that a PlayStation 3 is the way to go. What? You don’t have four hundred bucks? Sheesh. Bummer. I guess the $289 Portable Blu-ray Super Multi Drive will have to suffice. While it’s not as “super” as the PS3 at playing video games, it can burn DVDs and play your favorite Blu-ray movies on the New MacBook, Pro and Air. That is, if you have favorites.

If only you had a couple extra bucks. You’d be able to get something that looks nothing like a cigarette case, plays the latest video games and Blu-ray discs but is about as portable as a skip. That’s where this multi drive shines, portability. It might look like a fake piece of shit, but it’s a fake piece of shit that’s going places.