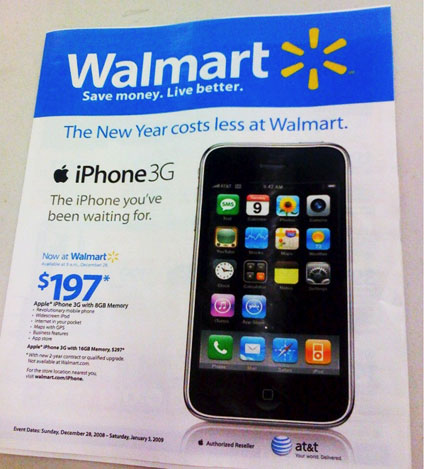 We’ve been covering the constant rumor mill known as the Walmart iPhone 3G. At one point, people were speculating that Walmart would offer a 4GB iPhone 3G at $99. Ha! Those rumors came and went and are now nothing but a memory. Walmart has released an advertisement that shows the 8GB iPhone 3G at $197. That’s a whopping $2 in savings, folks. Stunning.