The Camera You Can Roll Under Any Skirt 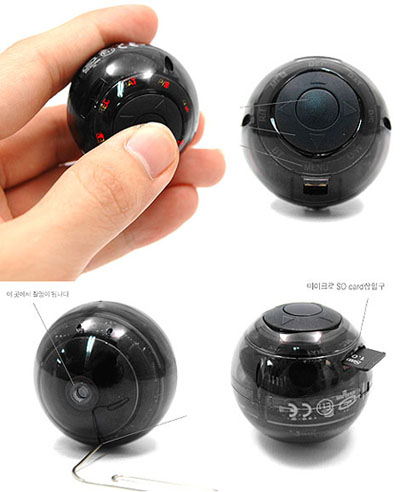 This might look like a miniature Death Star but, in actuality, it’s a top secret spy cam. The DVR CamBall is the first ever digital video camera and MP3 player that’s as small as a ping-pong ball and able to record at 320×240 or 640×480 resolutions. What better way to sneak a camera into top-secret facilities than to roll it under the door. Unfortunately, once it’s out of your grasp their is little you can do to aim it.

That’s fine though, since this thing’s got the capability to hold up to 8GB of photos with an SD card. At $200, it comes with a couple of accessories including a tassel to wear the camera around your neck and an underwater case for snorkling shots that’ll turn you into a marine biologist in no time.