The Coolest LEGO Set Yet 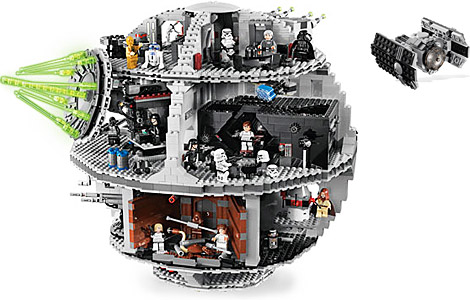 This new LEGO Star Wars toy is the Castle Grayskull of all LEGOs. Fuck Fort Legorado, this LEGO Death Star is twice as much money ($400) and twice as cool. It comes with 25 Star Wars characters LEGO-style, including the “TK-421! Why aren’t you at your post?” Stormtrooper clad Han and Luke. It even has the trash compactor monster that nearly killed Luke in Episode IV.

You won’t find a better way to relive your childhood by reenacting the final duel between Luke Skywalker and Darth Vader in the Emperor’s throne room. Oh and remember to always let the Wookiee win.