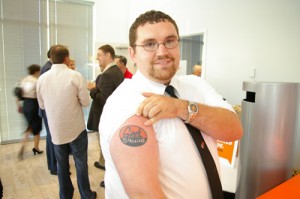 Who would’ve thought that all of those AV nerds in high school would one day work on Best Buy’s Geek Squad. If geeks you know haven’t gotten a job on the squad then your next bet is to check your local Radio Shack. This holiday season, it’s not Radio Shack trying to steal your money with cheap RC cars and hearing aid batteries, it’s the Geek Squad with its gaming system set up service.

For the holiday season, Geek Squad will be offering a new service that will set up game consoles including the PS3, Wii, and Xbox 360. Part of the set up includes installing parental restrictions, controls and even the Internet. Sometimes AV inputs and a power cord can be too much for some folks. Don’t worry, the Geek Squad is here to help. No mention of the price of the service if you purchased a system from Best Buy, however, the Geek Squad will charge you $30 bucks if you bought it elsewhere. It’s almost as much of a hoax as that Bluetooth set up service it offers.