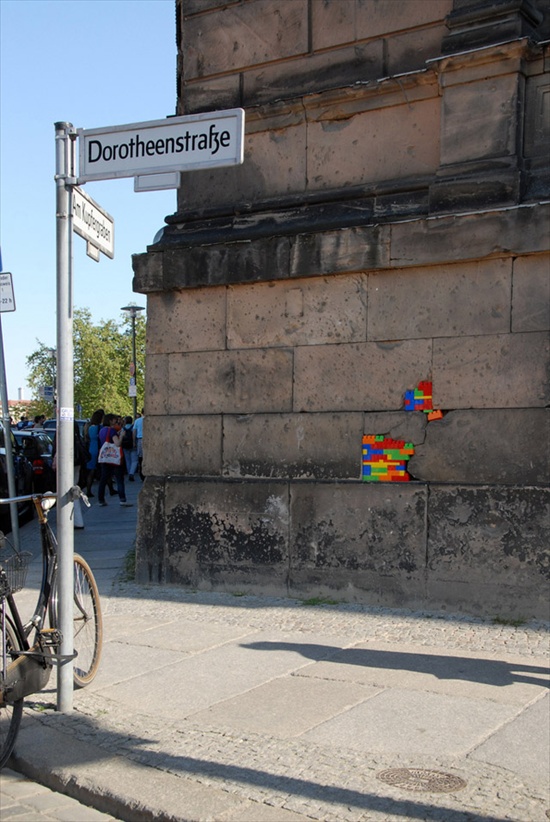 Germany took some serious damage in WWII. Just because they were kicking some ass for a few years doesn’t mean they didn’t get what was coming to them. To this day, many German buildings show the damage they sustained during the war.

Jan (pronounced “Yahn,” I suppose) Vormann’s project Dispatchwork has been showing itself, piece by piece, throughout Berlin, in the form of repaired war damage. But these repairs aren’t the traditional spit-and-spackle. The bullet holes and bomb blast craters are now filled with layers of LEGO bricks. 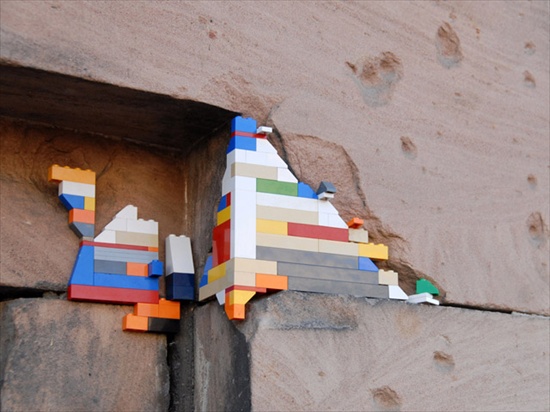 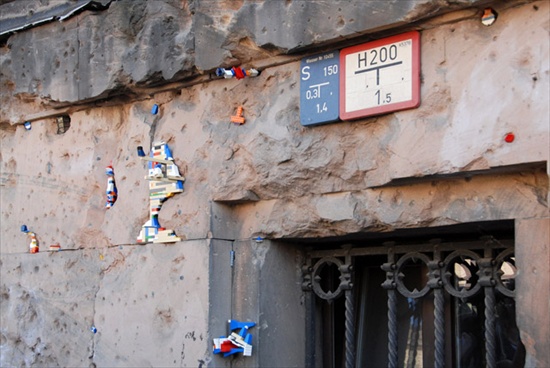