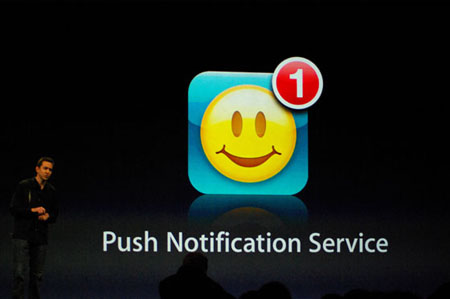 At long last, Apple has finally equipped some of its developers with the tools needed to begin authoring iPhone background applications. This will eventually remedy problems with the iPhone regarding running applications in the background. The same thing could happen to a drug dealer trying to convert ounces to grams. He/She suddenly gets a phone call then, BAM, all that hard work leaves business dry and sales at a stand still. Apple is fixing this by adding the “Push Notification Service” they mentioned at the WWDC.

Instead of allowing potentially dozens of third party services to simultaneously access an iPhone directly, the push service would funnel all transmissions from developers’ servers through a central Apple server, which would then relay the data to iPhones through a single persistent and well-managed background connection.