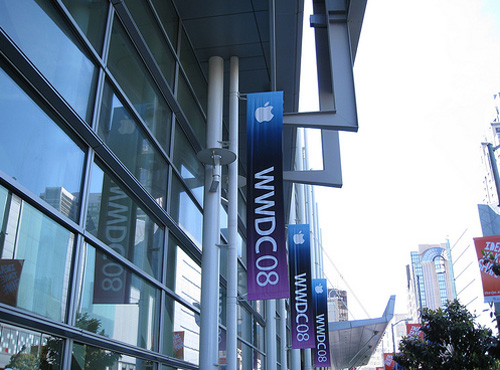 This year’s Worldwide Developers Conference was a blast of Apple goodness with some long-awaited announcements. For over a decade, Apple has been showcasing new software and technologies for developers at WWDC. This was the first year that the WWDC has sold out, making it the largest one to date. Tons of iPhone/OS X/MobileMe news was unleashed by Steve Jobs himself and like years past, this year’s WWDC had spectators jumping out of their seats in hysteria.

The biggest announcement was the new iPhone 3G priced at $199 with 8GB of storage and the 16GB model going for $299. All you suckers who couldn’t wait to be the first ones to get an iPhone have to be kicking yourselves right now.