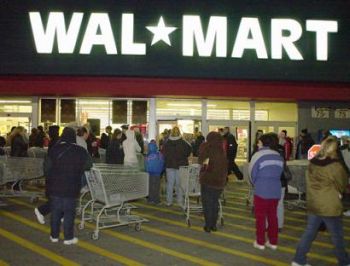 The Thanksgiving holiday is fast-approaching — which means you can start getting excited about overzealous relatives, obscene amounts of food and, of course, being thankful for stuff.

Except if you’re a major retailer.

“Black Friday” has gone from being an obscure day of slightly lower prices, to an insane cultural phenomenon. Though it historically began when stores opened their doors the Friday after Thanksgiving, many stores are now starting their discounts on Thanksgiving. Major retailer Wal-Mart is no exception.

Most Wal-Marts will start their Black Friday deals at 10pm on Thursday. However, electronics deals won’t start until midnight, and further items will be discounted at 8am. Here are a few of the deals they’ve advertised so far: