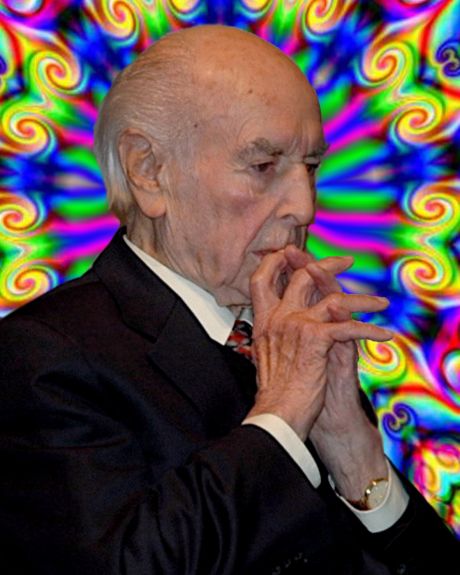 The creator of LSD, Albert Hofmann, passed away this week at the ripe age of 102. After discovering the drug in 1938, the Swiss chemist accidentally got some on his finger in 1943 and experienced what is suspected to be the first LSD trip in history. After seeing a major surge in LSD during the 1960s and ’70s, since LSD withdrawal was not easy, it still remains popular among the youth counterculture, hippies and pretty much anyone with time on their hands, money and a taste for exploring alternate dimensions.

So let’s assume you’re celebrating the life of Hofmann this weekend through acid. You’ll want to stock up on some of the following gadgets and toys for when it really kicks in (about 90 minutes after ingestion):

The Medusa Underwater Lamp will make your eyes roll ’round while you float in your pool contemplating how Jesus was born.

Shit, maybe you’re really serious and took a whole blotter sheet and some 2-CE along with it. Better use these Lava Lamp Shot Glasses to soothe your mood before you freak out.

One time, Andrew and I took a bunch of acid and tried to play soccer. After holding the ball for 45 minutes and tearing about how much he missed his first cat, Duff, he immediately suggested we skip the field and rock out with this LED Jump Rope. We programmed it so it’d spell out “GOD IS IN THYSELF” while Andrew hopped and hopped across his driveway.

If you prefer to relax and listen to ambient music while tripping, you absolutely have to procure one of these sweet bathtubs.

Be careful when ingesting LSD. Objects may be larger than they appear.