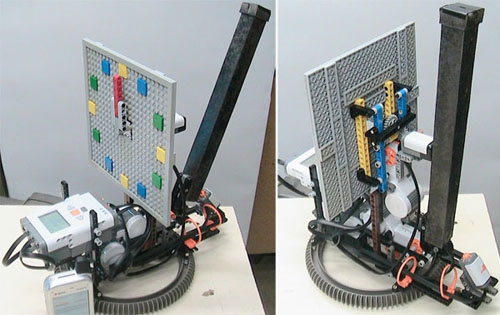 Apparently, NXT STEP blog reader DTAAX’s watch must have broke, which would explain why he designed this LEGO sundial. This DIY finds a new way to tell time the old way. It was built using the LEGO NTX platform (plus a PDA for trigonometric functions) using a slew of light and touch sensors, allowing the sundial to perform like any other sundial save that it’s powered by three motors.

After the LEGO set rotates for some time, Bluetooth communications are sent out which detail the exact magnetic point in which the maximum level of light had been seen. It is accurate within fifteen minutes of actual time, so don’t go using it for your next dentist appointment despite it having a better track record than traditional sundials. Unfortunately, it will not fit in your LEGO backpack like a normal watch or clock would.