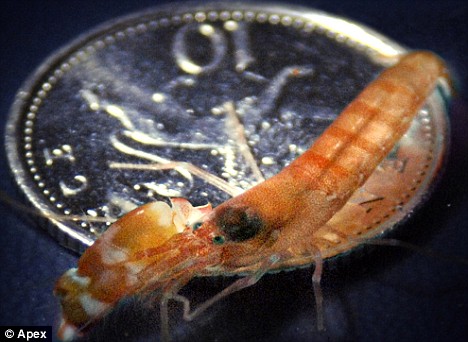 While actually called the “pistol shrimp,” its characteristics make it more befitting of the title: banshee. Despite their small size, pistol shrimp are capable of letting loose a sound of 218 decibels that stuns their prey before they devour them. The pressure wave produced by such a sound is capable of killing a small fish. It’s like a gunshot emanating from a bite-sized crustacean, and that’s why it’s named the pistol shrimp.

With rising sea temperatures in UK waters, experts believe that the pistol shrimp’s numbers are on the rise. They claim it’s the temperature in the water, but I say it’s the fact that they’re monogamous and are all about inbreeding. That could explain the bizarre ability their other friends do not possess. Don’t screw your relatives, it could have bizarre results.