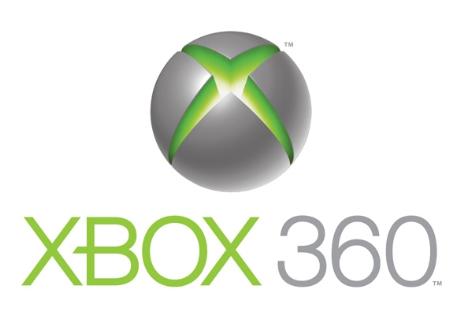 Techradar has posted ten Xbox 360 tricks that you may or may not have missed. Microsoft is never really straightforward with anything it’s ever done. I mean look at it’s new advertisement campaign. What’s going on there?  Regardless, check out these tips, you might find one you never knew about:

1. Connect your Xbox 360 to two screens at once
Right out of the box, yout Xbox 360 is capable of displaying from two TVs simultaneously using the component/composite dual video cables. All you’ve got to do is flick the cable’s switch to Standard Definition, hook up composite to one TV and the component to the other. You’re set.

2. Play your own music in original Xbox games

With an external device plugged into your 360 via USB, you can play any song you desire to any game you’re currently playing, but what about original Xbox games? It is possible. Start playing your album or playlist before you load the game, and it’ll keep on playing once you load it up. Unfortunately, it’ll also play the original Xbox game’s music along with it.

3. It can write its own blog

Well, kind of a blog. It lets everyone know what you’re playing and what you aren’t playing. Get set up at www.360voice.com.

4. Play Xbox 360 games online for free – without a Live account

You’ll need XLink Kai, a free app you run from a PC on the same network as the console that tricks the 360 into thinking the internet is a LAN. With that, you won’t have to pay for local multiplayer. But because Microsoft has set the 360 to boot out anyone with a ping higher than 30ms, you’ll have to be selective about who you play with.

Has anyone checked out the cool visualizations the Microsoft has to offer? Take some acid and hit x while playing a track to check it out.

6. Connect your Xbox 360 to a wireless network without an official adaptor

Disconnect then reconnect to your wireless network, run a network cable from the laptop’s Ethernet port to the 360’s, and you should be good to go. Unfortunately, you may have to remove the bridge (repeat the above process and you’ll see the option) whenever you want to browse the net with the laptop.

7. Play music from your iPod

If you neglected to plug your iPod into your 360 via USB, try it, it works.  It’ll also charge your iPod.

If you’re the kind of gamer hooking your 360 up to different displays, then you’ll find this trick useful. Remove any discs from the tray and turn the system off. Then turn it on using the controller. As it boots, hold down the Y button, then hit and hold the right trigger. The video settings will reset to default.

9. Play any media file, plus online videos on your Xbox 360

You’ll need a PC on the same network, but it’s a simple matter of installing Tversity and having it scan the folders you keep your media in. It’ll replace the standard network file-sharing system Windows uses, but behaves pretty much the same way at the 360’s end.  You can also add online video URLs on the PC’s end, including Youtube, and then access those from the console.

10. Use any HDMI cable and still get digital surround sound

See the big plastic box at the end of the standard video cable that connects to the console? Wedge a knife or screwdriver into it and twist to pop it off. The result looks messy, but is small enough to plug in alongside a standard, cheapo HDMI cable.  Just be careful not to take out the back end of your system.