Star Wars: A New Hope as Told Through Facebook

We’ve explored earth-shattering historical events and life-changing religions through the eyes of Facebook, but our true holy land lays within the vision of George Lucas. Dorkly takes a look at Episode IV in their Facebook storytelling rendition of Star Wars: A New Hope.

And for those of you who think that the reason Chewbacca didn’t get his medal at the end of the movie was based on some sort of Wookiee bias, think again. Chewie was simply too tall for Princess Leia to reach in order to properly place the medal around his neck. At the time, Lucas and crew thought it better that he keep standing, rather than kneel, assuming that the actual kneeling would cause more of a fallout. But despite his lack of reward in A New Hope, Chewie got his medal eventually, courtesy of an award ceremony held at an MTV Music Awards ceremony, including Carrie Fisher in full Leia garb. Hit the jump to see the full Facebook convo/movie/screenplay. 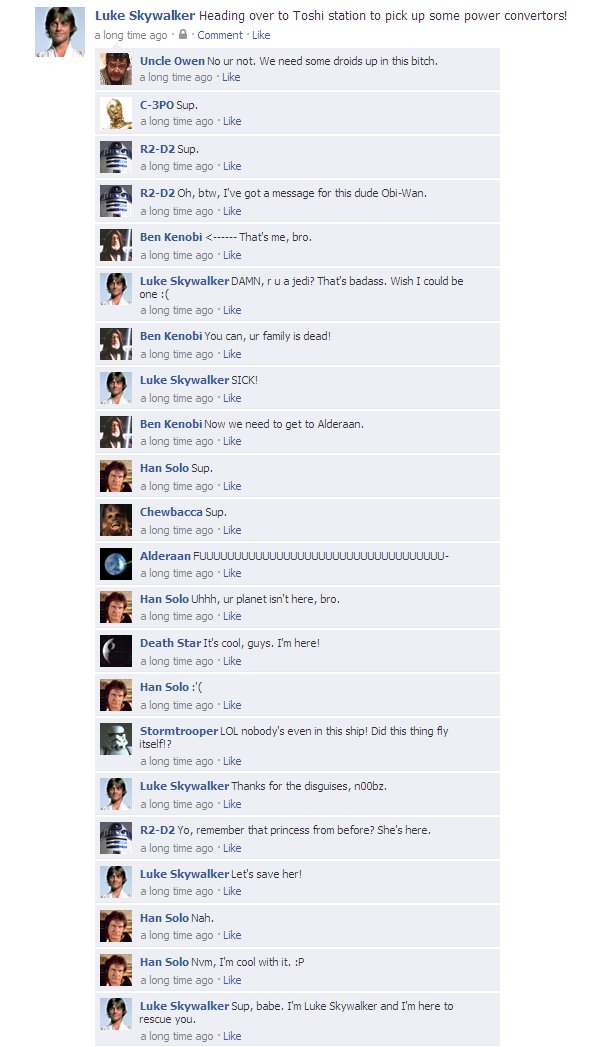