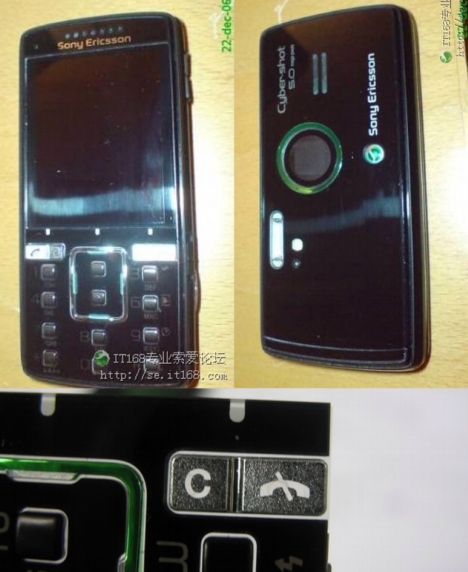 We’re pretty sure that we’re really approaching an announcement now. This morning we found pictures of 2 unannounced phones from SonyEricsson being leaked on Chinese forums. The black phone shown above should be the rumored Sofia (code name, K850i) with a 5 megapixels CCD camera module and xenon flash. (CCD, as found on the Thai I-mobile 902, not CMOS). Pay attention to the newly introduced dial/hang up buttons right next to the 2 softkeys below the screen, the d-pad that merges with the number pad at the middle to fit a pretty large QVGA screen. Also check out the camera illumination icons similar to the K810i, that will light up in camera mode to act as camera option shortcuts. The photos are dated back 3 months ago, so it is possible that SE might make final touchups to the design, as experienced by the K750i and W800i in the past. The Sofia should be a WCDMA device due early Q2 this year, price will be significantly lower than Nokia N95.

Jump to check out the other leaked model: Maria M610i WCDMA messaging device with 3.2 megapixels camera. 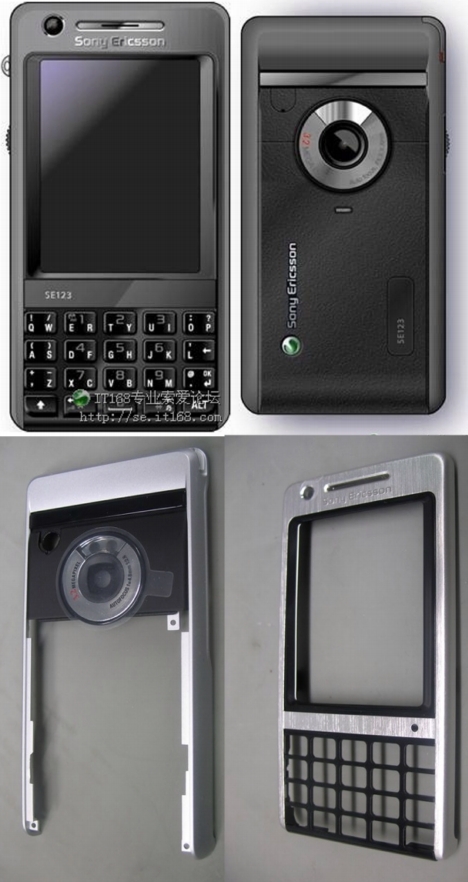 The second model that was leaked is an upgrade to the M600i messaging device (Maria, M610i), it will spot a more metallic body, WCDMA support and a 3.2 megapixels camera with autofocus. Supposedly we’ll see marked improvement with the Symbian User Interface. Take note that the exact correspondence of these pictures to Sofia and Maria is not confirmed at this stage, this is complicated by phones with similar specs but different software and branding (like K750i and W800i), the delay between taking these photos and actually fanning them out, the ever changing color scheme and the long and confusing list on the leaked road map; but these pictures do look legit. More information to come. —Sam Chan

source [IT168 forums] N.B. server down as we are writing