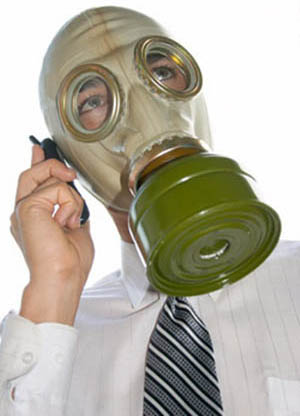 And neither do radios, TVs, power outlets or microwave ovens. Was the radiation emitted from cellphones ever a real threat to our health or was it yet just another example of media scare tactics? An article in Scientific American proves that cellphones not only don’t, but can’t cause cancer, despite what you might have heard.

Cell phones cannot cause cancer, because they do not emit enough energy to break the molecular bonds inside cells. Some forms of electromagnetic radiation, such as x-rays, gamma rays and ultraviolet (UV) radiation, are energetic enough to break the bonds in key molecules such as DNA and thereby generate mutations that lead to cancer.

…AC power is too weak to break those bonds, so we don’t worry about radios, televisions, microwave ovens and power outlets causing cancer.

In fact, if the bonds holding the key mole­cules of life together could be broken at the energy levels of cell phones, there would be no life at all because the various natural sources of energy from the environment would prevent such bonds from ever forming in the first place.

There you have it. Feel free to talk it up and cook hot pockets as often as you desire. Myth… busted.