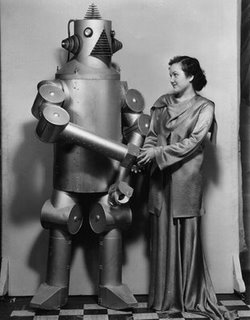 When the Japanese installed the software which allowed the robot to feel pure and unadulterated monkey lust, apparently they forgot to add the coding which translates to “no means no.” I mean, how do these things work? Do they have a rape on/off switch or what? Would you make consensual love with a rapist robot?