Return of The Thunderbirds 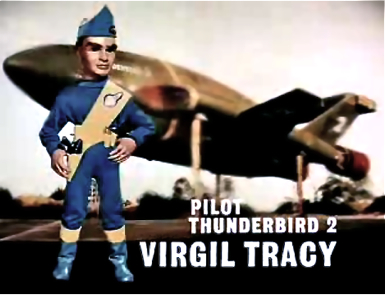 Thunderbirds, the gadget packed British 1960’s sci-fi puppet TV show, may be coming back on the air. Gerry Anderson, who created the show with his wife Sylvia told reporters that he’s in talks to bring back the series 32 years after it’s last episode.

Anderson says the new version of the show might be made in CGI. Computer animation would be a major change for Thunderbirds since much of the show’s cult appeal comes from it’s Team America-type usage of crude puppetry dubbed “Supermarionation” by the Andersons.

New CGI Thunderbirds might keep the puppet characters while using computer animation for scenes involving the high tech fleet of rescue vehicles seen on the show. Anderson also floated the possibility of making ” the puppets in CGI in a way that they looked exactly as they did in the original show.” This is obviously a bad idea. There’s nothing better than watching amusing puppets late at night when you’re under the influence of less than legal substances.

As of yet, there was no official word on when or where the new Thunderbirds episodes might be aired. We’ll keep you posted.