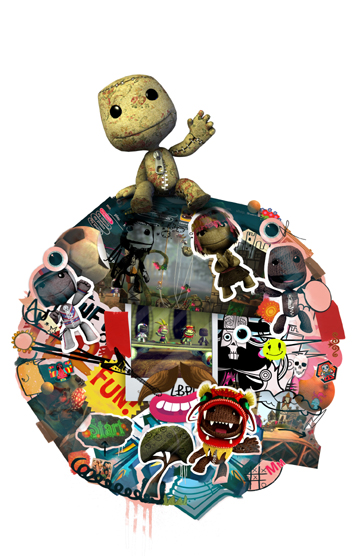 This weekend I happened to acquire a nice PS3 as well as a copy of Little Big Planet. If you haven’t heard, the game isn’t supposed to go on sale until Tuesday due to some issues with the game’s music. I’ve been playing it with my roommate for a day or two and I gotta say it’s impressive. It reminds me of Super Mario Brothers mixed with Donkey Kong Country in ways. The LBP servers aren’t up yet, so I can’t report on any of the level-sharing features.

As for creating your own worlds, it’s quite tricky but easy after you spend a little time with the editor. The tools are robust and allow nearly endless creation. I’ll give you a broader update once the game’s servers go online and I collaborate on some level creation. Throw your PS3 gamertag in the comments or add me. My handle is fusioned.