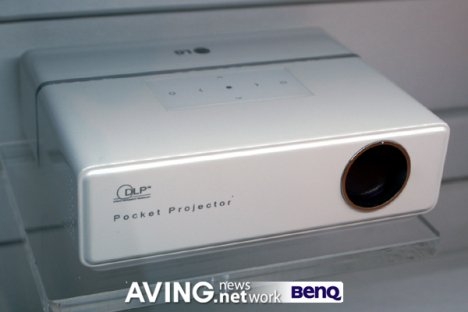 Despite the coolness of owning a projector for its ability to maintain decent picture quality over a huge amount of space, most of you probably decided against a projector after reading up about low lamp life and expensive replacements. LG’s HS101 LED projector, displayed at CES 2007, struts ahead of the competition by showing off it’s extremely long lamp life of 20,000 hours (just long enough to show The Lord of The Rings trilogy in succession).

The unit measures 154x117mm and weighs 750g, about the average size for a run of the mill projector on the market. While it’s not as sleek as some of the others, it makes up for it with brute longevity. The extra-long lamp light of the HS101 is sure to attract the attention of big companies who tend to use projectors more often for their presentations. Imagine playing the Wii on this thing. That’s some big time table tennis.

Would it even be possible to host a 20,000 hour TV marathon? Of course hosts would have to take shifts sleeping, but damn, that’d be some intense marathon madness. 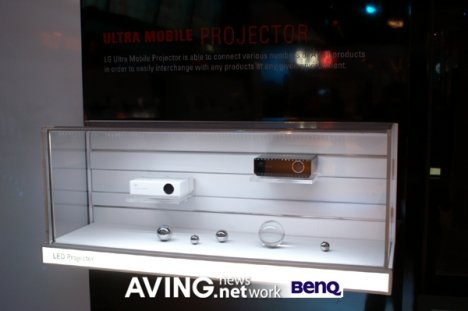 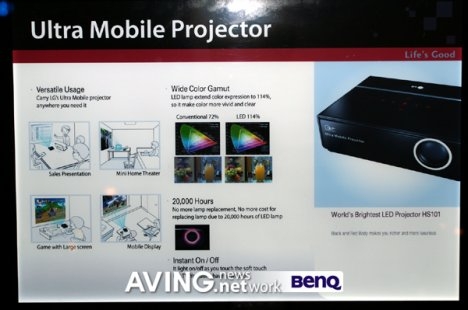