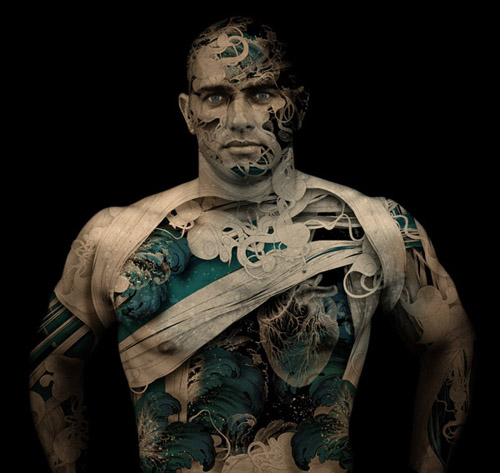 I don’t know if he listens to RZA but at least graphic designer Alberto Seveso knows his shit. Apparently he’s so good at using ‘teh l33t ph0t0sh0p sk1llz’ that he was able to essentially transform surfer Kelly Slater into a damn wave. Yeah. Alberto cut him up good and did a hell of a shading job. Some of the best work in Photoshop I’ve ever seen. 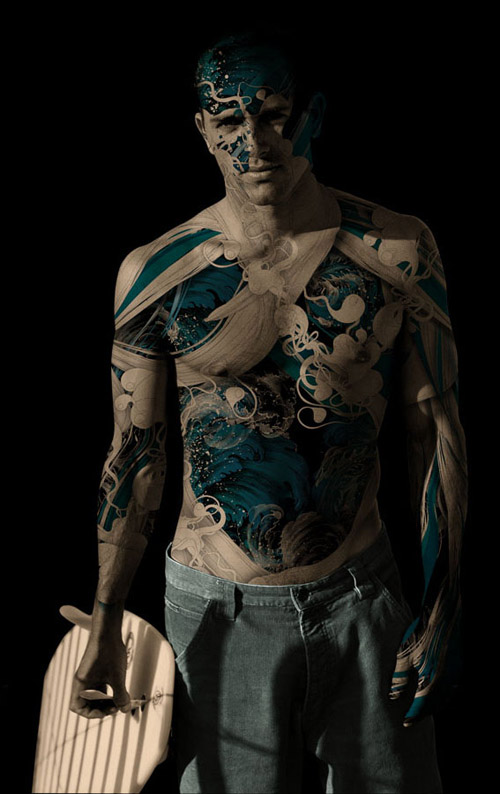