Gorone Returns with acupuncture: I thought it was only a mouse?! 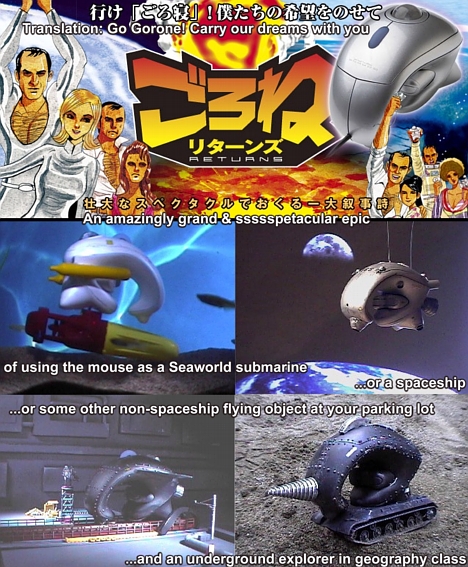 Having seen them selling cellphones with a girl in a tub, here comes another marketing stunt from Japan. How ’bout a spectacular cartoon epic on a weird-looking mouse that does acupuncture? Jump to find out more. 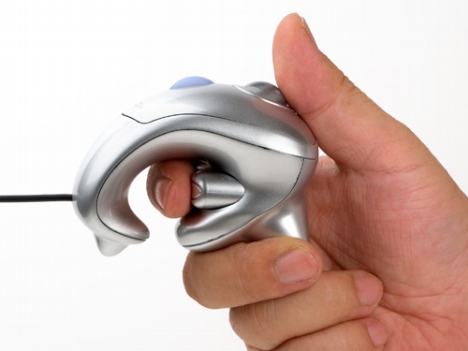 Ignoring the movie, the mouse is actually pretty cool by itself. First off you’re supposed to hold the thang like a gun (?), and use your thumb to fondle the trackball. Supposedly the tactile feedback is the most “enjoyable” in the industry as claimed, the optical sensors under the ball are also pretty accurate and can go up to 800dpi, so it should work much better than the non-optic ones. Also, the ball should not catch as much dust inside because the company made a point to make that harder (it’s a claim, again). The Gorone mouse can stand on its own on the table, thanks to the 3 pointy extensions at bottom; these pointy extensions can also be used to press on the acupuncture points to improve the health of the user (or victim). 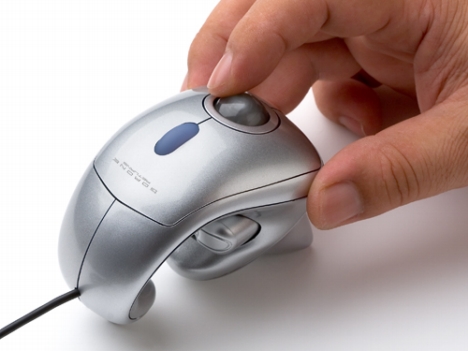 Enough of all these claims, the company decided to give this weird looking thing some weird marketing, so they came up with making a sci-fi cartoon movie featuring the mouse, now just to which age group is this targeted? The mouse is being sold at $26 in Japan now, of which 13 bucks go to the cartoon. 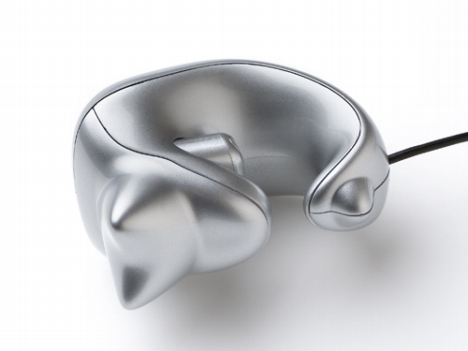