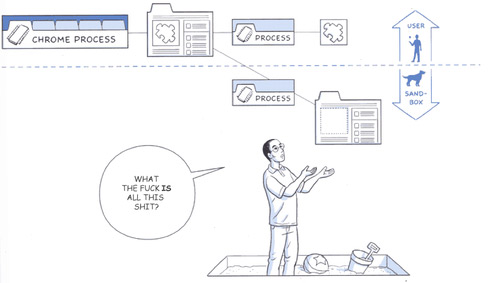 The Internet is a funny place. When a company as powerful as Google has a premature announcement of its latest web browser due to a leaked comic it made describing the process that Google engineers undergo during production, you know internet-dwellers are going to take advantage.

Users at YayHooray went to town on some of these strips, bringing hilarity you’d never find in any Microsoft ad.  They’ve come up with some funny spoofs on the Google Chrome comic and all it took was a small edit of a speech bubble.