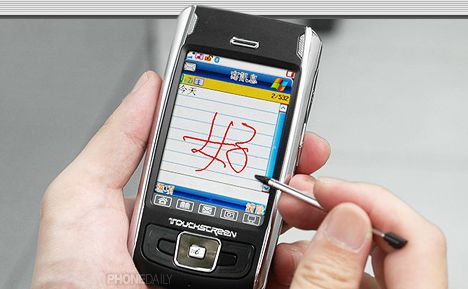 Chinese phone companies are amazing, after ripping off Porsche they’re going after Microsoft today… but this time it really deserves some attention. First off it houses a 3″ QVGA touch screen in a 17mm thin body, booo Nokia. Secondly it has stereo speakers, booo SonyEricsson; but seriously we’re starting to feel sorry for Microsoft, their Vista sold only 244 copies and their UI was ripped off by Meizu, now we have this “Window” phone…

Apparently the Doubao 777 does the rest of the things reasonably well. The 2 megapixels camera shouldn’t be any worse than your LG Chocolate, the handwriting input support for traditional and simplified Chinese characters shouldn’t be weaker than your MotoMing. Bluetooth and external memory slot are both in place. Watching MP4 movies on that 3″ screen is surely gonna be more enjoyable than your iPod. The most interesting part of this dumbphone would be its icons and wallpapers, including the start-up and shut-down animations dubbed directly from “Window” XP. 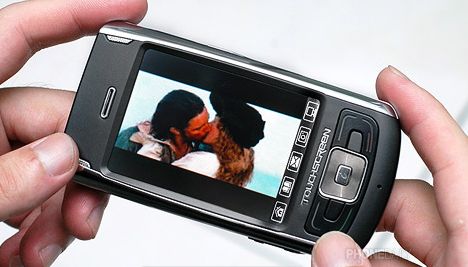 This phone is being sold in Taiwan now, but we do not have any pricing information. —Sam Chan