Exploding Bike Locks Only Work On The Clothed Thief 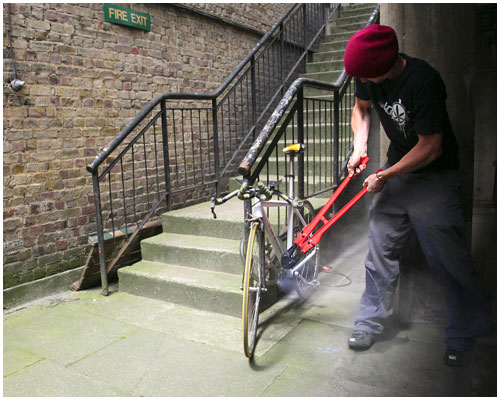 Combine anti-theft tags for clothes with bike locks and what do you get? An exploding bike lock that tags a thief with a permanent dye, making the scumbag easily identifiable. It’s called the SmartLock, but there’s only one flaw with it: what if this would be bike-napper isn’t wearing clothes? Then, he finds some clothes in a nearby alleyway, ridding him of any trace of the dye.

I’d say if the person who stole your bike was that resourceful, he’s earned it. Then again, it’s not my bike.