Cough Into This Headset 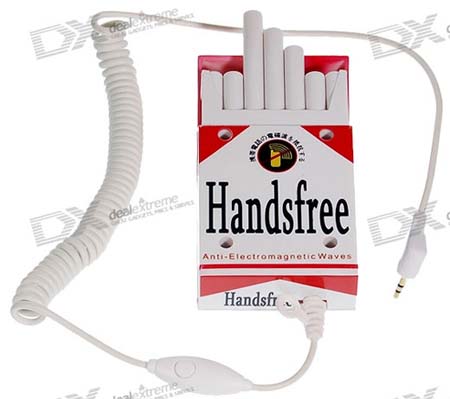 Did you get a ticket for talking on your cellphone while driving? Man, that sucks. Well, do something about it, get a headset. Better yet, get a headset to feed your nicotine addiction. Making calls is as easy as shouting into this cigarette box.

It’s designed for Nokia/Samsung/Sony Ericsson cellphones or people trying to get over cancer by reminding themselves that this pack is not smokeable. It’s the headset that doesn’t mind getting coughed all over, after all, it’s used to it. I’m amazed by the fact that this $6.79 headset is not only cheaper than a lot of headsets, but it’s also cheaper than cigarettes. What the fuck?