Casmobot Lawnmower Controlled Via a Wiimote 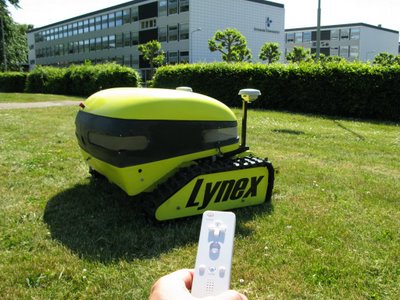 The Wiimote is much more of a versatile tool than I think even Microsoft could have imagined. People have hacked the Wiimote to create some zany and awesomely practical mods. But I think “lawnmower control” is a new one.

The Casmobot Lawnmower is navigated using nothing but a hacked Wiimote and the crafty engineering by several scientists at the University of Southern Denmark. The mower syncs with the Wiimote via Bluetooth, allowing the user to control the cutting edge, the direction of the mower and even allows you to set a autopilot mode, in which the mower only mows within a designated area.