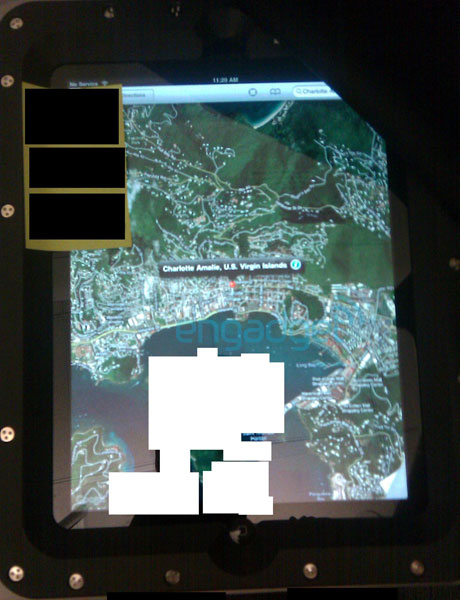 Now you’re going to want to take this with a huge grain of salt. We’re talking a grain of salt so big that you might not even be able to carry the damn thing. But supposedly, a helpful little mole sent these spy photos into Engadget revealing the coveted Apple Tablet, bolted to the table for what we can only imagine is security purposes, expected to be announced today at a special event.

I can’t help but hope these photos are fake. When I think Apple Tablet, I think revolutionary, complete hype-inducing revolution. A 10-inch iPhone replica isn’t my idea of game-changing. Especially if the ballpark figure of $1000 is anywhere close to the mark. Cut that price in half and we’ll talk. After the jump you’ll see a photo of the iPhone lying on top of the supposed tablet for size-comparison purposes. 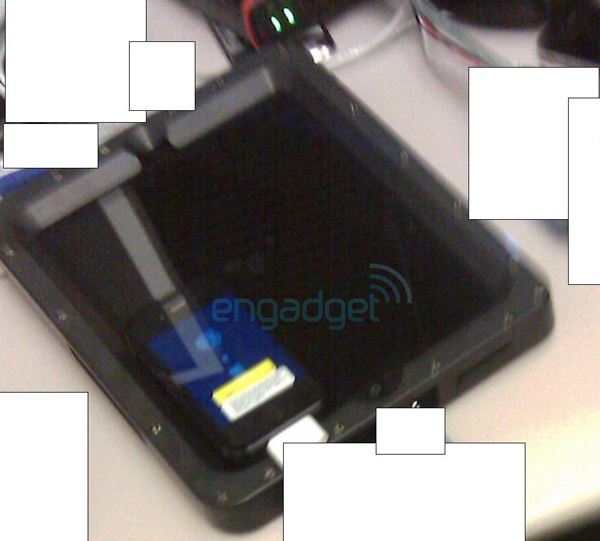