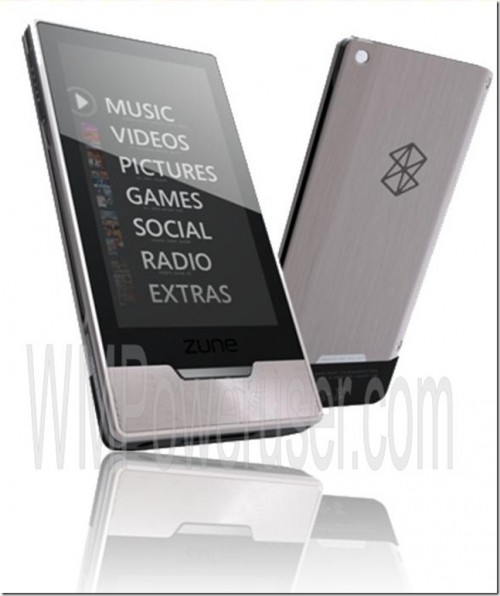 You like that? Two Microsoft products in one title. Boo yah!

Here are some new pictures that are supposedly of the ZuneHD. While they are plausible, the quality is such shit that I can’t help but think they’ve been Photoshopped. Here’s the “rumored details” or whatever bullshit you want say will come with this unconfirmed device:

The ZuneHD will have a capacitive, multi-touch OLED screen with a 16:9 aspect ratio and TV out, from what looks to be a HDMI port on the side. The radio will now be HD and the device will support HD media playback, which will be available from the updated Zune Marketplace.

The ZuneHD will also support 3D Xbox games, but it is unclear what form this will take.

The device will come in 16 and 32 GB versions, and will support wireless sync. It will also finally come with a browser that supports multi-touch.

Mmmhmm. Right. “3D Xbox games” sounds dead on. Will it come with a built-in tequila dispenser too? Hey, when a product isn’t real, you might as well make up any goddamned thing you please.