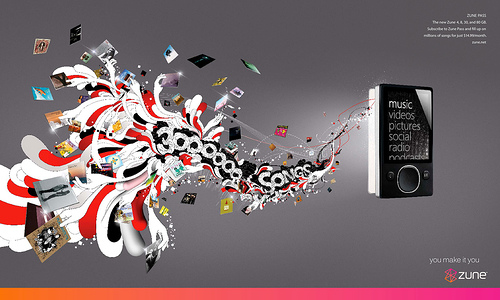 Love it or hate it, the Zune isn’t the hit Microsoft hoped that it would be. The current $14.95 a month Zune Pass subscription model hasn’t been attracting enough subscribers, so in an effort to generate more revenue, Microsoft will offer subscribers 10 free tracks to keep each month. 10 free songs a month isn’t a bad idea, but it’s not enough to really lure in a whole new audience. Says Adam Sohn of Microsoft:

Microsoft marketing director Adam Sohn said that Microsoft saw some boost when it targeted its advertising specifically around subscriptions but said that the total number of subscribers is less than the company would like.

“It’s not grown as fast as we’d like it so we think this will give it a shot in the arm,” Sohn said, declining to say how many Zune Pass subscribers Microsoft currently has.

I give the Zune another 12 to 16 months before Microsoft pulls the plug. What say you?