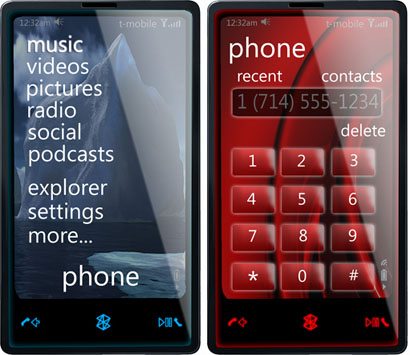 Thanks to a shitty economy and the greater powers that be, we’re not going to CES this year. For me, it’s a nice break from an outdated technology show full of nothing but crap. However, it’s also a decent time for a company to announce something big and Microsoft might be doing just that. An analyst at Global Equities Research is claiming that Steve Ballmer will launch a Zune phone during CES 2009. The phone will rip off both the iPhone and the Danger Sidekick that T-Mobile offers. It’ll feature a slide out keyboard similar to that of the G1 and I have no doubt in my mind that Microsoft will find a way to fuck it all up.