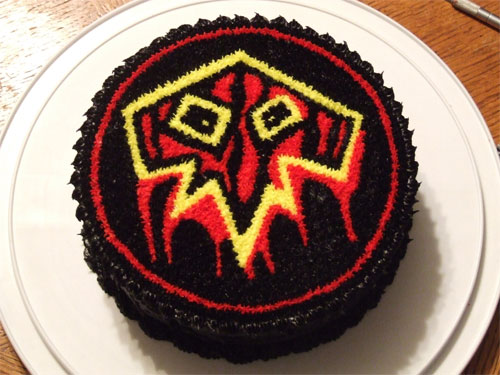 Back in November, Blizzard released a slew of celebrity World Of Warcraft commercials, one of which starred William Shatner as the nature grasping Shaman. Oh sure, we’ve seen our share of gamer themed cakes, but this super-chocolaty cake showcases the Shaman symbol from the popular MMO.

I don’t think Star Trek ever had a sweets-themed episode, but Shatner’s slight belly paunch leads me to believe he is no stranger to the ways of the baked good. The Shaman cake is also one of those delicious and savory desserts which leaves your teeth covered in a black film, emulating pirates and the Undead. All I can say is, OM NOM NOM. — Andrew Dobrow