Three Player Ping-Pong Is For Keeps 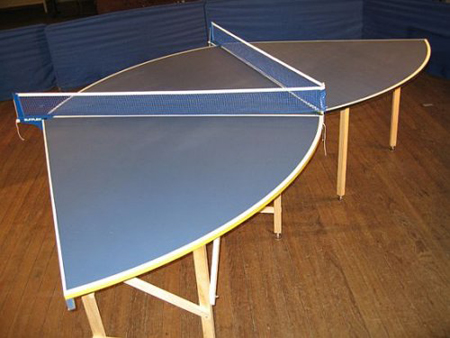 No one wants to be the odd one out of an intense game of ping-pong. Enter the Modular Table Tennis System, the table tennis designed specifically for groups of players larger than a couple. Innovator Guenter Arndt claims that his modular table design can house 12 ping-pong players cramped around this table.

The idea is to have four teams of three battling it out with these tables linked together. Two games were proposed: Table Tennis Triples which is a game with teams of three people playing simultaneously, on a circular table and the Modular Table Tennis System (MTTS) allows 1-12 or more players to play table tennis with altered game configurations in respect to the amount of players. That’s one hell of table tennis match.