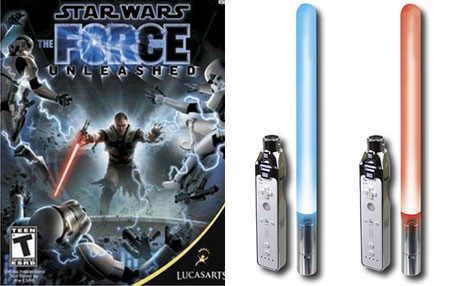 For every Wii game released there exists a useless peripheral for the Wiimote. Wii Sports received those lame themed extensions for the controller just so that when you’re flailing your arms around like an idiot, you’ve got a greater chance of hitting someone.

The release of Star Wars: The Force Unleashed is no exception to this fact. For $20 bucks, you can equip two Wiimotes with lightsaber extensions to bring a whole new feel of immersion to your game. Or, you could go outside and play pretend – it’s basically the same thing.