The Tiniest Projector Ever Ideal For Your iPod 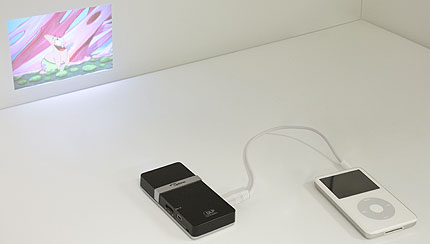 Texas Instruments has announced it’s making the tiniest projector ever created commercially available. Dubbed the Optoma Pico, the projector will be available next year with an insanely small DLP chip inside. While it’d be great to see the projector built into your cellphone, Optoma Pico will disappointingly remain a stand-alone mini projector. The product should be making its way to the United States in 2009 with a launch price under $300.

Affordable urban theater? Where do I sign? With this mini projector, you can sit in the passenger seat of your friend’s car riding down the Schuylkill Expressway watching that Four Hours of Filthy Fuckin’ DVD you have stored on your iPod for all who pass by.