The Old Republic Without The Knights 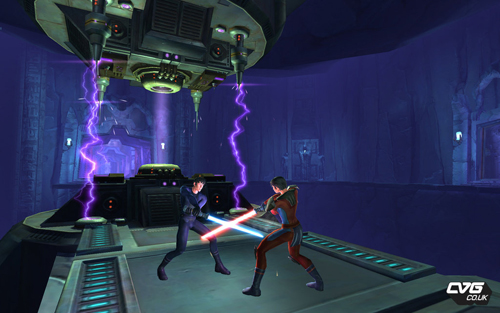 Star Wars MMO, round two! LucasArts managed to completely destroy any redeeming concept that a MMORPG held in the Star Wars universe, with help from Sony Online Entertainment. Forget Star Wars Galaxies because a new Star Wars MMO has been announced and it’s going to take place in the time frame of Star Wars: The Knights Of The Old Republic.

I didn’t know that different time frames require seperate liscensing for the same series or is this just a way to pretend like Star Wars Galaxies never happened? With the length of the Star Wars time line, I wouldn’t be surprised if the next three MMOs LucasArts announces are each individually based on the time line of the new Star Wars films that no one enjoys watching. Until I play the beta for Star Wars: The Old Republic, I’m slapping the “suck stick” on it. With everything LucasArts has been doing with this franchise, I feel my opinion is justified.