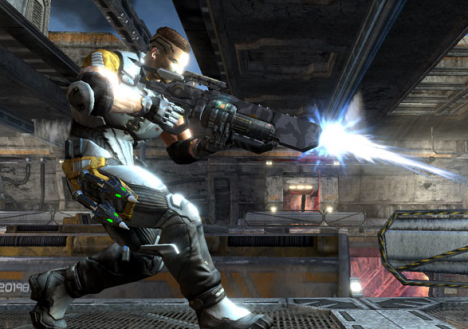 LucasArts, in conjunction with Day 1 Studio, has announced their newest addition to the gaming world with the new brand, Fracture, which is sure to have a slew of sequels in the future. The main unique feature of the new game will be something called Terrain Deformation, which will be a nifty little gadget to change the land to aid in game play. Meaning if you need to reach a ramp at a higher height, Terrain Deformation can lift the land for you.

LucasArts has released some crap games in the past with high hopes of intense gaming environments, so even though the game looks pretty cool, we wouldn’t get our minds too attached just yet. But honestly, we just want a new kickass game to play. Fracture is expected to be released in mid-2008. Vid after the jump.