The Evolution of Nintendo Controllers 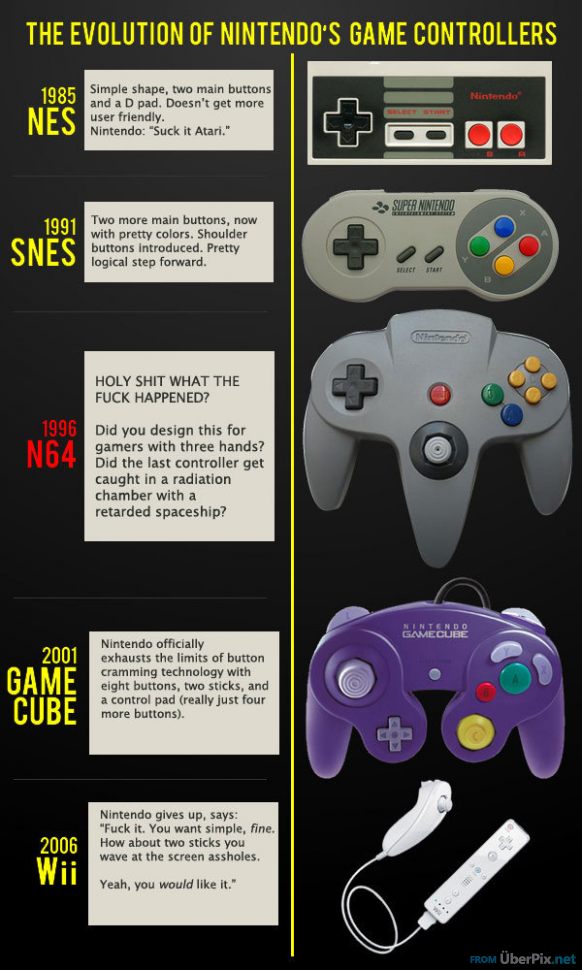 Nintendo really sort of lost it with that GameCube controller. Eight buttons? Not even counting the sticks or the control pad. Was that really necessary?

With the Wii, Nintendo took us back to their simpler hey-day. It’s too bad the console is such shit. But in the Wii’s defense, the new Wii Super Mario Bros. game is a saving grace. The evolution of storage has a much happier history.