The Blackberry Messenger App For Desktops

Yes, we know that the news has been all about Blackberry this past week but hey, don’t shoot the messenger! Today Blackberry announced a Blackberry messenger app for desktop users. 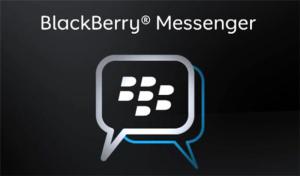 Blackberry announced that at this week’s BlackBerry Jam Asia 2013 they will be launching a Blackberry messenger application for desktop computers. The messenger system will first be made available to Windows users. Unfortunately though, reception is less than enthusiastic for the new messenger system.

Users of BBM will have to install the app on to their computers and then link together their phones and computers. This means that in order to send text messages from a computer, users have to also have their phone turned on. Sure, the app doesn’t require SMS use but for many this whole system is reminiscent of the Blackberry Playbook debacle and enough to deter them from even trying to install the new app.

No release date for the BBM desktop app has been launched as of yet but sadly there isn’t all that much excitement about the release to begin with.